Can you make money at “selling” in the mult-level marketing business model?

Once again our hero Dave Ramsey nails this question. His insight accurately reflects our own experience.

In the May 2, 2014 episode of The Dave Ramsey Show, Dave shares his thoughts on multi-level marketing income possibilities. A listener wrote in to ask if he thought it was possible to earn big money at “selling” Mary Kay or Avon cosmetics to which Dave says:

“I think the evidence is clear. The vast majority of people who join anything, whether it’s multi-level or otherwise don’t make it at thing. And so there’s a tremendous amount of fall-out in Avon or Mary Kay. But there are those that go on to do very, very well with it. Now, what is the difference?

In other words, you don’t want to join them and say you’re an automatic millionaire. Well you’re not. People don’t make six figure incomes unless they develop six figure talents and put in six figures worth of effort over an extended period of time, multi-level or otherwise. And so if somebody is trying to sell you magic beans, get away from them they’re hype-sters.

So you are in the sales recruiting, training and management business. Recruit. Train. Manage. You are not in the makeup business, you are in the people business. If you understand that, you have a shot at making some money.

As a part-time job, they pitch all of this stuff as part time jobs, but they’re not great as part-time jobs for most people. Most people go out there try to sell enough makeup and you coulda made more money delivering pizzas in most cases. If you’re just trying to make some money working three or four hours a week, it’s really not a great part-time job. In most cases.

The exception would be while you’re in it as a part time job, is if you excel at building your hierarchy. If you build your hierarchy very quickly, then it becomes a pretty decent part-time job because you’ve got other people making money that you make money on, obviously.

The good news is, the sky’s the limit. The bad news is sometimes there’s hype involved and people don’t tell the truth. They get all jacked up and all excited and in their excitement they exaggerate to the point of lying. You gotta be careful with that. And then just go in there and tell the truth, love people, hire people but know what business you’re getting in. You’re getting in the hiring and training business. And if you want to get in that business in mulit-level you can make a lot of money. You really can. I know several people who make six figures in both of those organizations, a couple make seven. It can be done.”

Thank you Dave, you said it better than we ever could.

2 Responses to “Dave Says: Can You Make Money at Multi-Level Marketing?” 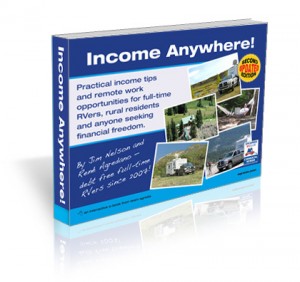